By Noelle Wilson on May 8, 2022 in Center for Media Law and Policy 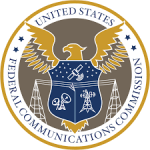 Each summer, the Center for Media Law and Policy provides financial support through its summer grants program to UNC law and graduate students taking unpaid or low-paying jobs in the fields of media law or media policy. The comments below are from Noelle Wilson, a second-year dual degree student at UNC pursuing a JD and an MA in Media & Communication and recipient of one of the Center’s Summer Public Interest Grants, who interned at the Federal Communications Commission:

Last summer I interned for the Competition Policy Division of the Federal Communications Commission in Washington, D.C. The FCC regulates communications by telephone, radio, television, wire, satellite, and cable. Specifically, the Competition Policy Division (CPD) is within the Wireline Competition Bureau, and is responsible for  implementation of non-pricing aspects of the local competition requirements of the Telecommunications Act of 1996, including interconnection, network element unbundling and privacy. The division also administers U.S. numbering policy (including local number portability), and reviews applications from wireline carriers for mergers and other transfers of control, and discontinuance of service.

The CPD works on a lot of hot topics in communications law, including rulemakings to help implement 988 as the three-digit dialing code for the National Suicide Hotline (which will be fully implemented July of this year!) and rulemakings to help stop robocalls. During my summer with CPD, I worked on a memo for FCC partners at SAMSHA regarding potential future 988 rulemaking proceedings, through which I learned the ins and outs of administrative law and FCC procedure. I also worked with interns from the Enforcement division to review robocall mitigation plans that telecommunications providers submitted to the FCC to comply with robocall mitigation rulemakings. On another project, I gained insight into how the FCC works with state utility commissions by analyzing state regulations for iVoiP providers—this was also a valuable opportunity to dive into state regulatory law!

Beyond the exciting legal work, I also had lots of opportunities to meet FCC attorneys despite being a remote intern. The CPD attorneys were welcoming and eager to talk about their careers and experiences at the Commission over virtual coffees, and the division included the interns in team meetings and virtual social gatherings. Overall, my summer at the FCC was a great experience to learn about how the Commission functions and it reinforced my desire to work in communications law.