By Evan Ringel on November 19, 2018 in Center for Media Law and Policy

One of the many resources we offer at the UNC Center for Media Law and Policy is our Media Law Jobs Board. The Jobs Board is 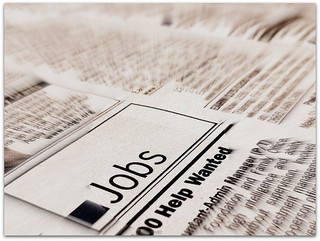 updated regularly with both full-time jobs and internships/fellowships in a variety of media law and related fields, including journalism, intellectual property, and business affairs. The Jobs Board serves as a centralized place to find opportunities from all over the world.

Looking for an in-house counsel position at a major media company? Perhaps you need a summer internship and want to do public interest work relating to free speech? Are you hoping to spend a year on a fellowship at a major university, developing and expanding your research? Our Jobs Board has postings in all of these areas, searchable by location, keyword, or practice area. Here are just a few of the jobs currently listed on the Board.

These are just a few of the job opportunities available on the Center’s Jobs Board. Check the Board regularly for the latest postings.

0
By Rachael Jones on February 26, 2018 in Center for Media Law and Policy

We are happy to announce that the UNC Center for Media Law and Policy’s Jobs Board is back and better than ever! Our Jobs Board serves as a centralized place to find opportunities (for students and practitioners alike) to work in the ever-widening field of media law and policy. Thanks to our large network of media law companies, scholars, and programs, we end up hearing about job opportunities all over the world. The Jobs Board is searchable by location, keyword, or practice area. In addition, you can browse jobs by type, such as  internships, fellowships, full-time positions, or academic teaching positions, including Academic – Journalism and Academic – Law.

There are some incredible jobs currently listed on our website. Some recent postings include:

These are just a few of the exciting job opportunities on the Center’s Jobs Board. Be sure to check the Jobs Board often for the latest updates and media law job postings!

Those who follow First Amendment law know that we are in a critical moment in its history. We need more people on the front lines researching media law and its impact.

We are pleased to announce that the School of Media and Journalism at UNC is searching for an outstanding assistant or associate professor to conduct research and teach in its internationally renowned media law and policy program. Our new colleague would also play a vital role in the life of the UNC Center for Media Law and Policy.

To learn more about this position and to apply go here: Assistant/Associate Professor in Media Law

UNC-Chapel Hill is an Equal Opportunity Employer. The University reaffirms its commitment to equality of opportunity and pledges that it will not practice or permit discrimination in employment on the basis of race, color, gender, national origin, age, religion, creed, genetic information, disability, veteran’s status, sexual orientation, gender identity or gender expression.

0
By Chanda Marlowe on August 3, 2017 in First Amendment, Privacy Two UNC media law students are graduating this spring and summer and moving on to great jobs in their fields. Both of them defended important research projects to earn their degrees.

Brooks Fuller earned a Ph.D. from the UNC School of Media and Journalism in May and will begin work as an assistant professor in the Manship School of Mass Communication at Louisiana State University this fall.

Chanda Marlowe, a student in the dual-degree program administered by the UNC Center for Media Law and Policy,  earned both a master’s degree from the School of Media and Journalism and a J.D. from the UNC School of Law. In August, Chanda will head to Washington, D.C., to begin work at the Future of Privacy Forum (FPF) as the Christopher Wolf Fellow. Her work at FPF will focus on consumer and commercial privacy issues, including projects involving privacy and non-discrimination.

Brooks’s dissertation used legal analysis and ethnographic field methods to better understand the role context plays in both courts’ and protest participants’ determinations of when speech causes harms during high-conflict political protests. The dissertation is titled “Words, Wounds, and Relationships: A Mixed-Method Study of Free Speech and Harm in High-Conflict Environments.”

According to Brooks, abortion clinic protests are quintessential high-conflict speech environments where the limits of free expression are continuously tested by protestors, making such protests ideal places to study free expression and to test long-held assumptions about how speech causes harm. Over an 18-month period, Brooks spent more than 500 hours observing protests at a North Carolina abortion clinic. Brooks also conducted dozens of in-depth interviews with pro-choice and anti-abortion advocates, police, and abortion clinic volunteers, and analyzed the social media and YouTube posts of various individual advocates and organizations.

Brooks’s key finding was that the harms that stem from speech have little to do with protest language. Instead, harms depend largely on the social relationships between the speaker and the listener and whether the speakers adhere to social norms that have developed in their particular protest environment. Brooks found that the world of abortion clinic protesting is carefully choreographed and routine. Through day-to-day routines, protestors develop social bonds with their adversaries that lessen the sting of the harsh rhetoric that characterizes abortion clinic protests. Brooks suggested that these findings reinforce the importance of understanding social relationships in order to better understand speech-related harms.

Brooks’s dissertation also points toward opportunities to advance the understanding of the First Amendment in American society through interdisciplinary scholarship. It is perhaps the first project of its kind to address traditional doctrinal First Amendment questions through a blend of legal and sociological research methods.

Chanda successfully defended a thesis that provides a full landscape of the legal issues surrounding the video surveillance of students in public schools and on public school buses. Her thesis explicated legislation and court decisions regarding the rights of students to challenge school video surveillance and the rights of others to access school surveillance videos once they have been recorded.  It concluded with a set of best practices to help schools strike the proper balance between protecting students’ privacy and keeping schools safe.

I’m excited to announce that the Center will be hiring a Media Law and Policy Fellow!  The fellow will play a critical role in supporting a major research initiative at the Center focused on examining various legal and policy issues related to improving government transparency, including the impact government transparency can have on privacy, cybersecurity, equality, and other important interests.

This is a two-year position with a possible renewal for a third year. The salary is $47,476 annually and is accompanied by the standard UNC benefits package and health care insurance for postdoctoral research scholars.

Applicants must hold a J.D. or a Ph.D. We will give preference to applicants with demonstrated interest in the Center’s areas of focus, including journalism, First Amendment, government transparency, and privacy. Applicants should also have experience working with students, organizing events, and managing complex projects.

The ideal candidate will have:

Applications will be reviewed beginning immediately and will continue until the position is filled. The successful candidate should be prepared to start no later than July 1, 2017, with a potential commencement date as early as January 1, 2017.

For more information on the position as well as instructions on how to apply, please visit the official position posting on the University of North Carolina’s human resources site, available at: https://unc.peopleadmin.com/postings/108165. You can download a PDF version of the job posting here.

Questions about the position should be directed to medialaw[at]unc.edu.