By Chanda Marlowe on May 4, 2015 in First Amendment 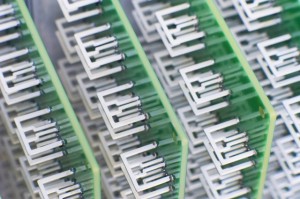 This semester I completed my master’s thesis, which was titled “Aereo, the Public Performance Right, and the Future of Broadcasting.”  As the title suggests, in the thesis I evaluated the Supreme Court’s recent decision in American Broadcasting Cos. v. Aereo, Inc., and reflected on how the decision stood to impact the future of copyright law and broadcasting.

If you are unfamiliar, the dispute at the heart of the case started after a company called Aereo began transmitting broadcast content, without a license, over the Internet to paying subscribers.  Not surprisingly, a group of television broadcasters were quick to assert that Aereo’s conduct violated their right to perform copyrighted works publicly, one of the exclusive rights granted to copyright holders under the Copyright Act.  The broadcasters were concerned about Aereo because Aereo stood to impact their ability to earn revenue from retransmission consent agreements, which are agreements under which cable and satellite providers compensate broadcasters for the right to retransmit their signals.

Aereo defended its actions by claiming it developed a system that permitted it to transmit broadcast content without violating the public performance right.  Under the system, Aereo used dime-sized antennas to capture and then save unique copies of television programs that were personal to each subscriber.  Because Aereo never transmitted copies of broadcast programs to more than one subscriber, Aereo contended it was transmitting private—not public—performances.  The company accordingly asserted that it did not violate the public performance right when it transmitted broadcast content over the Internet.

The Supreme Court disagreed.  In a 6-3 decision written by Justice Breyer, the Court essentially held that Aereo performed works publicly because its system resembled cable systems, which “do perform publicly.”  In reaching its decision, the Court relied on the Copyright Act’s legislative history.  The term “legislative history” refers to the supporting documents Congress creates when enacting a piece of legislation to help explain the legislation.

In the thesis, I wrote that the Court ultimately reached the correct outcome.  I, however, criticized the Court for overly relying on the Copyright Act’s legislative history.  As I asserted in the thesis, the Court could have reached the same outcome by clearly interpreting the text of the Copyright Act.  Doing so would have benefited the lower courts by providing them with increased guidance when facing questions regarding the public performance right in the future.

In the thesis, I also analyzed Justice Scalia’s dissenting opinion.  Justice Scalia contended that the case should have been decided on the basis of secondary copyright liability.  Under such an approach, the question for the Court would have been whether Aereo violated copyright law by aiding its subscribers, who would be viewed as the direct infringers, in violating the law.

I enjoyed writing about and dissecting the Court’s decision in American Broadcasting Cos. v. Aereo, Inc.  It was a challenging, but certainly worthwhile, topic for a thesis.  I am grateful for the help my committee members—Dr. Cathy Packer, Dr. Michael Hoefges, and Professor Deborah Gerhardt—provided throughout the process.