On Tuesday, Sept. 24, 2013, the University of North Carolina at Chapel Hill celebrated its fifth annual First Amendment Day. This campus-wide, daylong event was designed to both celebrate the First Amendment and explore its role in the lives of Carolina students. Students and university community members read from banned books, sung controversial music and discussed the importance of each of the rights protected by the First Amendment, the need to be tolerant when others exercise their rights and the public university’s special role as a marketplace of ideas. As it is every year, First Amendment Day was observed during National Banned Books Week.

It’s been a summer of discontent.  The Associated Press and Fox News learn that they have been subject to secret snooping by the Justice Department, and New York Times reporter James Risen loses a key appeal in the federal courts in his effort to protect his sources.  The Obama Administration has been on a tear pursuing leak investigations.  These events lead to some stirrings of reform, as the Justice Department revises its media subpoena guidelines, and Congress returns to a possible federal shield statute.  But are there other ways out of this corrosive cycle?

Bruce D. Brown, executive director of the Reporters Committee for Freedom of the Press, will explore the relationship between the Obama Administration and the media.

Prior to joining BakerHostetler, Brown was a federal court reporter for Legal Times and a newsroom assistant to David Broder at The Washington Post.

Read more about the Reporters Committee for Freedom of the Press here: http://www.rcfp.org.

A panel of Carolina undergraduates who have been arrested at the Moral Monday protests in Raleigh and others will discuss the students’ experiences, the importance of student voices in public debates and the role of civil disobedience in a vibrant democracy.  Panelists will include Joshua Orol, a senior communication studies major from Raleigh; Evan Benz, a second-year law student from Raleigh; Kaori Sueyoshi, a junior business and political science major from Chapel Hill; Jacob Plitman, a peace, war and defense and political science major; and First Amendment attorney Hugh Stevens.  Stevens is a partner in the firm of Stevens Martin Vaughn and Tadych in Raleigh. Parth Shah, a junior journalism major from Charlotte, will moderate.  This panel is being organized by Dr. Cathy Packer, co-director of the UNC Center for Media Law and Policy.

Come out to see your new chancellor support your right to read!  Campus leaders, students and others – including Chancellor Carol Folt – will read from banned books. (Folt will read at 12:30 p.m.)  At the same time, a selection of books that have been banned from libraries will be on display in The Pit. This event is organized by Stacie Smith, manager of the Bulls Head Bookshop. Is it ethical for government employees to reveal classified information entrusted to them? Is it ethical for government agencies to collect private communication records between U.S. citizens? The UNC Ethics Bowl Team will debate these questions and others raised by the Obama Administration’s efforts to protect national security, and then the audience will be invited to join in.

Come listen to the UNC Ethics Bowl Team debate and join in the discussion afterward!  The Freedom Forum Conference Center is on the third floor of Carroll Hall. In May of this year, the Associated Press revealed that the Department of Justice had, without prior notice or negotiation, subpoenaed phone records from the organization’s journalists. In light of this event, Congress renewed efforts to pass a federal shield law—a piece of legislation that would protect reporters from having to reveal their confidential sources and unpublished information in courts or other governmental proceedings.

Come to room 5052 in the Law School next Tuesday (Sept. 24th) to hear a panel discussion on the pros and cons of instituting a federal shield law. The panel will also discuss whether the shield law should be limited to reporters working for traditional news outlets or whether it should also protect bloggers, student journalists and other non-traditional reporters.

Professor David Ardia will moderate the panel that will include Frank LoMonte, Executive Director of the Student Press Law Center; William P. Marshall, UNC’s Kenan Professor of Law; and Dean Smith, assistant professor at High Point University. This event is being organized by the UNC-CH Media Law Society.

Here are the panelists’ biographies:

The Loreleis and Cadence, two all-female University a cappella groups, will exercise their First Amendment rights by singing controversial music in The Pit.

Many First Amendment scholars say that “code is speech.” This panel will talk about why that’s so and why learning to code provides students with many opportunities to express themselves, make government more transparent, report the news, promote companies – and land jobs. Learn more about what students are doing with code  – and how it’s not hard to learn.  The panelists will be Casey Miller, a journalism major from Raleigh; Annie Daniel, a journalism and political science double major from Matthews, NC.; Ashlee Edwards, a Ph.D. student in the UNC School of Information and Library Science; and Sylvia Richardson, a recent SILS graduate who now works as a software developer.  The panel will be moderated by Lincoln Pennington, a journalism and political science major from Chapel Hill.  Miller, Gilbert and Pennington all work in the J-School’s Reese News Lab, where they are reinventing the media.  This event is being planned by Victoria “Tori” Ekstrand, an assistant professor in the UNC School of Journalism and Mass Communication.

What rights are explicitly protected by First Amendment?  Which U.S. Supreme Court justice said obscenity was difficult to define but “I know it when I see it”?  Enter the trivia contest and test your knowledge of this most important Constitutional amendment.  If you don’t want to compete, come to watch and enjoy the fun.  There will be prizes!  The contest MC will be “Rockin’ Rhonda” Gibson, whose day job is teaching in the UNC School of Journalism and Mass Communication.  This event is being organized by Natasha Duarte, a student in the UNC schools of law and journalism.

All ages can participate in this event. The First Amendment protects freedom of religion in the United States, but who decides what “counts” as religion? Hosted by graduate students in the Religious Studies Department, this event invites members of the University community to vote on historic court cases in which religious freedoms have been negotiated between secular and religious authorities. Students will have the opportunity to discuss these questions with the graduate students: What is religion? How do we know? Who gets to decide? What, then, does religious freedom mean?

Posters (including the one posted here) and an event flyer for this discussion were designed and produced by Caroline James, a junior journalism major from Charlotte. UNC’s Sexuality and Gender Alliance (SAGA) will host a reading of children’s books that have been banned from libraries because they have gay and lesbian themes. SAGA members will read the stories aloud. Books to be read are “The Lorax,” “The Sissy Duckling” by Harvey Fierstein, “King and King” by Linda de Haan, “Heather Has Two Mommies” by Leséa Newman and “Daddy’s Roommate” by Michael Willhoite.”

Milk and cookies will be served. Feel free to wear your pajamas! You won’t be the only one.

The Freedom Forum Conference Center is on the third floor of Carroll Hall.

The opening act of the evening will be UNC’s False Profits, a standup, sketch and improv comedy troupe. Members of the troupe have made a First Amendment Day video on which they discuss how much they appreciate their First Amendment right to make jokes about whatever they want without censorship. But they find the censor isn’t so nice to them this time around . . . . The students involved in this project are Kenan Bateman, a journalism and communication studies major; Eric Clayton, a philosophy major; Kagan Griffin, a psychology major from Concord; Jordan Hale, a political science and communication studies major; Hannah Jones, an economics and political science major from Fayetteville; Marcie Maier, a psychology major; Joey Rasmus, an economics and peace, war and defense major from Southern Pines; and Shayne Sevigny, a business major.

Warning: A non-numeric value encountered in /opt/app-root/src/wp-content/plugins/slickr-flickr/classes/class-display.php on line 444 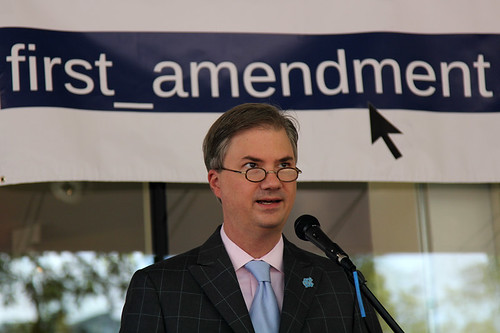 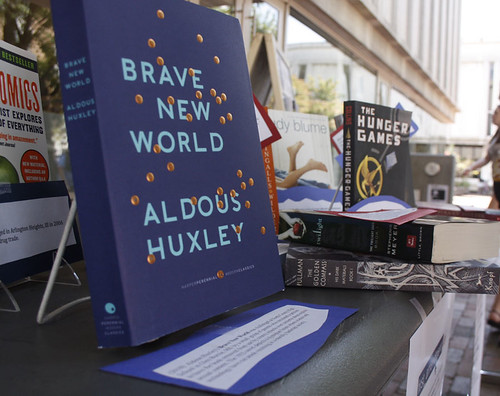 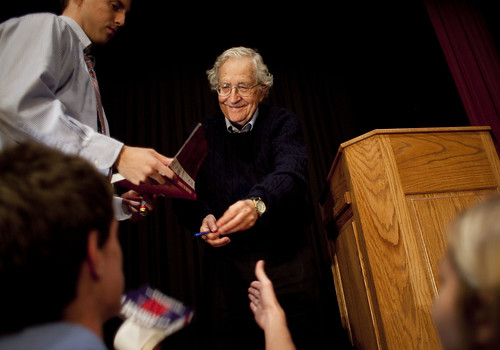 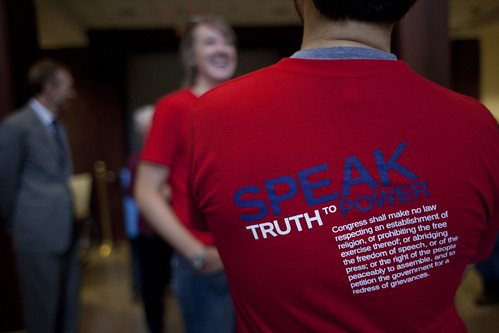 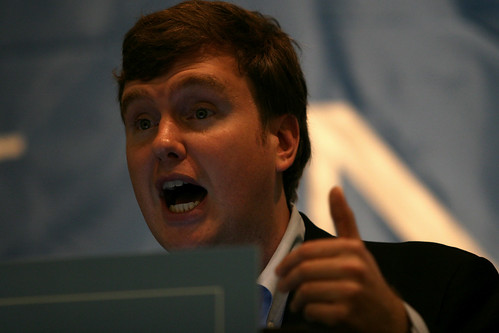 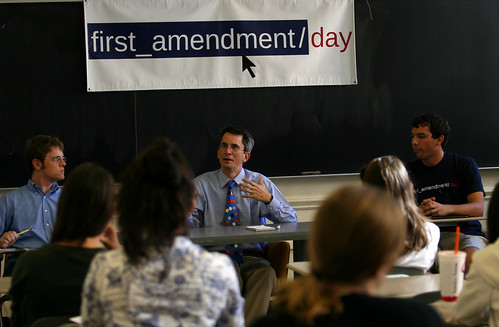 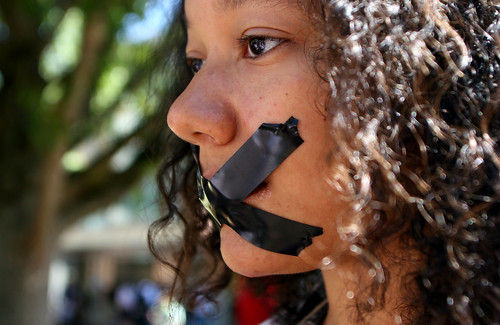 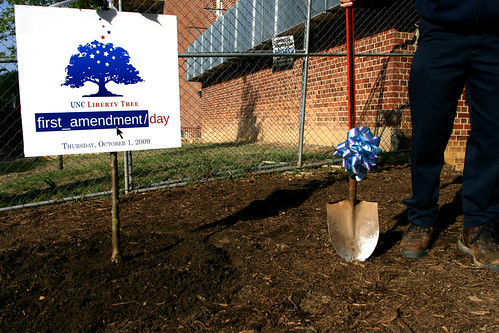