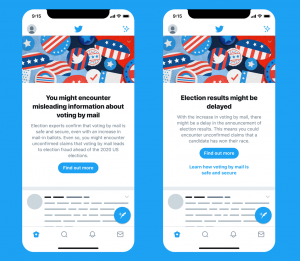 The last two presidential election cycles have brought increased attention to the extent of misinformation – and outright lies – peddled by political candidates, their surrogates, and others who seek to influence election outcomes. Given the ubiquity of this speech, especially online, one might assume that there are no laws against lying in politics. It turns out that the opposite is true. Although the federal government has largely stayed out of regulating the content of election-related speech, the states have been surprisingly active in passing laws that prohibit false statements associated with elections.  And, of course, online platforms have hired entire teams of people to reduce misinformation on their services.

This interdisciplinary event will bring together a wide range of lawyers, academics, media professionals, and policymakers. Day one kicks off with a symposium hosted by the First Amendment Law Review that will examine whether, and to what degree, the First Amendment permits the government to regulate election-related speech. It will take place online and is free and open to the public.  To access the online sessions you will need to register in advance. There will also be an option to sign up for CLE credit.

In light of social distancing restrictions due to COVID-19, the second day’s workshop at the UNC Hussman School of Journalism and Media has been postponed.

In partnership with the UNC Center for Media Law and Policy, the First Amendment Law Review is hosting a symposium that will bring together lawyers and scholars from across the country to examine the extent to which the government, consistent with the First Amendment, can regulate election-related speech, including government efforts to restrict the content of election-related speech, to limit money and impose transparency in political ads, and to force online platforms to curtail the spread of misinformation associated with elections.

This panel will discuss government efforts to restrict the content of election-related speech and the extent to which the First Amendment permits the government to do so. It will be moderated by Mary-Rose Papandrea, Samuel Ashe Distinguished Professor of Constitutional Law at the UNC School of Law.

This panel will examine government efforts to regulate money and transparency in election-related speech, including the imposition of disclosure and record-keeping requirements for political advertisements. It will be moderated by Eric Muller, Dan K. Moore Distinguished Professor of Law in Jurisprudence and Ethics at the UNC School of Law.

Panel 3: The Role of Online Platforms in Reducing Election Misinformation

This panel will consider what role online platforms should play in reducing election misinformation and the extent to which the First Amendment permits the government to impose obligations on platform providers to do so. It will be moderated by David Ardia, Reef C. Ivey II Excellence Fund Term Professor of Law and faculty co-director of the UNC Center for Media Law and Policy.

DAY 2
January 22, 2022 [POSTPONED]
The Role of the States and Federal Government in Combating Election Misinformation in Political Ads

This invitation-only workshop will address the role of the states and federal government, as well as online platforms, in combating election misinformation in political advertisements. Many of the panelists from the first day’s symposium will be attending the workshop. They will be joined by election officials, social scientists, technologists, government lawyers, and policymakers. The focus will be on the broad array of tools and approaches available to the government and to platform providers to reduce election misinformation in political advertisements.

The second day is a partnership between the UNC Center for Media Law and Policy and Center for Information, Technology, and Public Life (CITAP).

Support for this event is being provided by the Hearst Foundations, John S. and James L. Knight Foundation, William & Flora Hewlett Foundation, and UNC School of Law.