THIS EVENT HAS BEEN POSTPONED UNTIL FALL 2020. WE WILL POST NEW INFORMATION AS SOON AS POSSIBLE. 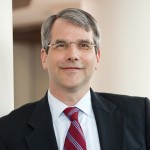 On Friday, Mar. 27, the UNC Center for Media Law and Policy will host an interdisciplinary lunch with Professor David Ardia, Reef C. Ivey II Excellence Fund Term Professor of Law and co-director of the Center for Media Law and Policy.  Ardia will lead a discussion about the surge of lawsuits that have been filed around the country alleging that government officials have violated the First Amendment by blocking or restricting the speech of those who wish to engage with them on social media.

Government officials – like many Americans – do not like to be criticized on social media. Across the political spectrum, from President Donald Trump to Representative Alexandria Ocasio-Cortez, government actors have been quick to ban and restrict speakers and speech that offends them. But unlike most Americans, those who hold elected and other governmental positions must contend with the First Amendment.  In this lunch discussion, we will examine the government’s increasing use of social media and consider whether, and to what extent, the First Amendment limits the ability of government officials to restrict the speech of others on privately owned social media platforms such as Twitter and Facebook.

Ardia joined the Carolina Law faculty in 2011 and holds a secondary appointment at the Hussman School of Journalism and Media. His teaching and research interests include constitutional law, media law, internet law, and torts. Ardia is the author of Media and the Law, as well as numerous articles and essays on First Amendment, privacy, government transparency, and Internet law topics. His work has appeared in the Illinois Law Review, William & Mary Law Review, BYU Law Review, and Berkeley Technology Law Journal, among others.

The lunch discussion will be held from noon to 1:15 pm on Friday, Mar. 27 at the UNC School of Law Faculty Lounge. The Center will provide lunch to those who RSVP below by noon on Wed., Mar. 25.